The founder of MMC Construction Inc., Matt McAndrews, has held a Commercial/Residential General Contractors license since the year 2001. Matt started in construction in 1994 while attending school in pursuit of a civil engineering degree. By 1996 Matt realized that his true calling and passion was to become a contractor. He then began to work with a large and well respected residential builder in Knoxville, TN. In the five years he was there Matt had successfully built over 200 homes.

Matt was later to be awarded with the Builder of The Year award in 2000 for his excellence in customer satisfaction. Since acquiring his General Contractors license, he has been involved in a vast array of building. From every scale of residential homes and renovations, to small and large scale commercial projects. Matt is heavily involved in the design process using his experience to always help the client turn their visions to reality. Matt prides himself on being able to meet and exceed the clients expectations. He continually monitors all projects and keeps the client updated and involved during the whole design/build process. 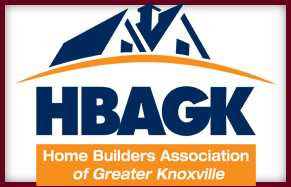 We were in the process of building our first home when we used MMC Construction, Inc. Matt was an amazing contractor that we still use to this day. He made our home what is today and we are so thankful for that.

MMC Construction, Inc did a great job on my home. I was very satisfied on how Matt conducted business. He was very professional, helpful, and sufficient. He turned my vision into reality.

Matt did a remodel for our home. I couldn’t believe the total transformation of our kitchen. Now I absolutely love to cook and am able to entertain in it. My husband and I will definitely use MMC Construction, Inc again.

Matt is a wonderful contractor. He knows what he is doing and my pool house looks completely different. We went over the plans several different times, and he helped me choose the right one for me. My friends and family cant believe how beautiful it is. I highly recommend MMC Construction, Inc to an…

I recently purchased a warehouse for my growing business. The walls were practically crumbling around it. A friend of mine referred me to MMC Construction, Inc. Matt came out and assessed the situation, and helped me design a plan right then and there. They were able to reconstruct the warehouse and…